skip to main | skip to sidebar

Last Saturday Black River Bluesman joined the Shoals’ very own Gnarly Charlies and Red Mouth with While the Ship Sinks for a night full of music and merriment at 116 E Mobile. The chemistry between each performer and the crowd was indescribable. Everyone, including myself, just wanted to dance the night (and all my current worries) away.

Red Mouth opened the show with his feet tapping and hand-clapping southern blues tunes. If there’s one thing Red Mouth will give you, it is one hell of a show. While watching Red Mouth perform I cannot help but be enchanted with how he embraces the audience. Of course it’s partially because he left the stage and is standing in the middle of the crowd singing directly to me – but it’s also that his songs are an actual story told by ole Red Mouth himself.

Next up was Black River Bluesman. As they step onto the stage wearing similar black suits that are embroidered with jewels and flowers, you’re quite unsure as to what you are about to witness. But I feared nothing and was thrilled to embark into the unknown with them. The two men of this duo are Jukka and Andy, who are from Finland. Jukka plays handmade cigar box guitars, which produce an extremely tight sound, while soothing each individual soul with his own soulful voice. Andy carries Jukka with a steady beat on drums as he hits the harmony perfectly.

The Gnarly Charlies closed out the night with their surfer-groove-meets-pure-rocknroll song “Fever”. The Charlies hail from the Shoals, so they have quite a following to every show in the area. They are: Brett Burgess (Vocals and Guitar), Brady Gomillion (Bass), Kyle Bragwell (Guitar), and Quinn Stanphill (drums). I have the pleasure of calling the Gnarly Charlies my good friends. And I can say that each of the guys carry their own sense of ‘gnarly’ on and off stage. Brett lures you into each verse, Brady grooves like no other with his bass, Kyle jams so hard to each song as if he’s never played it before, and Quinn beats the shit out of his drums (in a good way), all while sporting a goofy grin.

If you have yet to see a show at 116 E Mobile, you are missing out. But never fear – this upcoming Saturday is your chance. Southern Illinois’ Whistle Pigs will be playing alongside Grace and Tony and While the Ship Sinks. Interested in more upcoming shows? Check out the tumblr here. 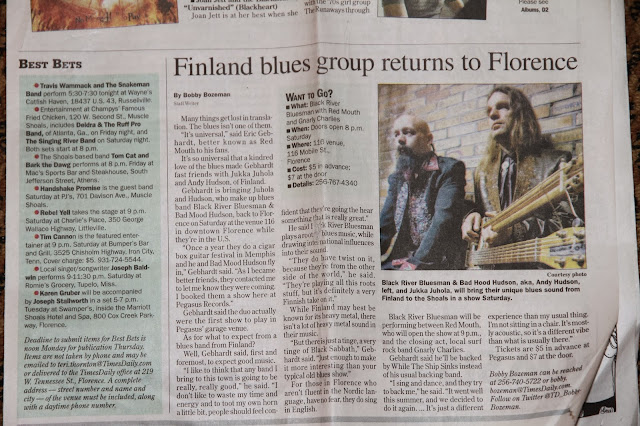